“To Broaden Our Knowledge Of The Universe.”


Exploration & expeditions are of paramount importance to us. Our exploration interests are wide and far ranging. We are committing more of our time, energy, writing skills and photographic talent to participate in expeditions which are focused on undersea exploration, polar regions, Humpback whale whale song research, shipwrecks, endangered species, marine biology and ocean conservation. We are also staunch advocates for shark conservation. Closer to home, increasing levels of ocean acidification in the Pacific Ocean threatens to have a negative effect on local fisheries and aquaculture. It is vitally important that we continue to monitor, photographically document and raise attention over any changes in the ocean’s ecosystem. We embrace the stated exploration objective of The Explorers Club, “to broaden our knowledge of the universe.”

This is an ongoing self assignment to photograph spawning sockeye salmon and their upriver migration. Sockeye salmon face numerous natural challenges that now classifies them as being a species at risk, bordering on endangered. In addition to the threat of higher river water temperatures (Sockeye salmon need cool rivers and lakes to survive), such things as commercial fishing, habitat loss, disease and parasites from open-net fish farms is also having a measurable negative impact. All our work here is conducted under a permit issued by BC Parks in conjunction with Canada’s Federal Department of Fisheries and Oceans. In 2015, one of our Sockeye salmon images was selected by the Ocean Artists Society to be featured in their most recent short film, “Endangered Species,” which takes a look at declining biodiversity through the lens and thoughts of their members. 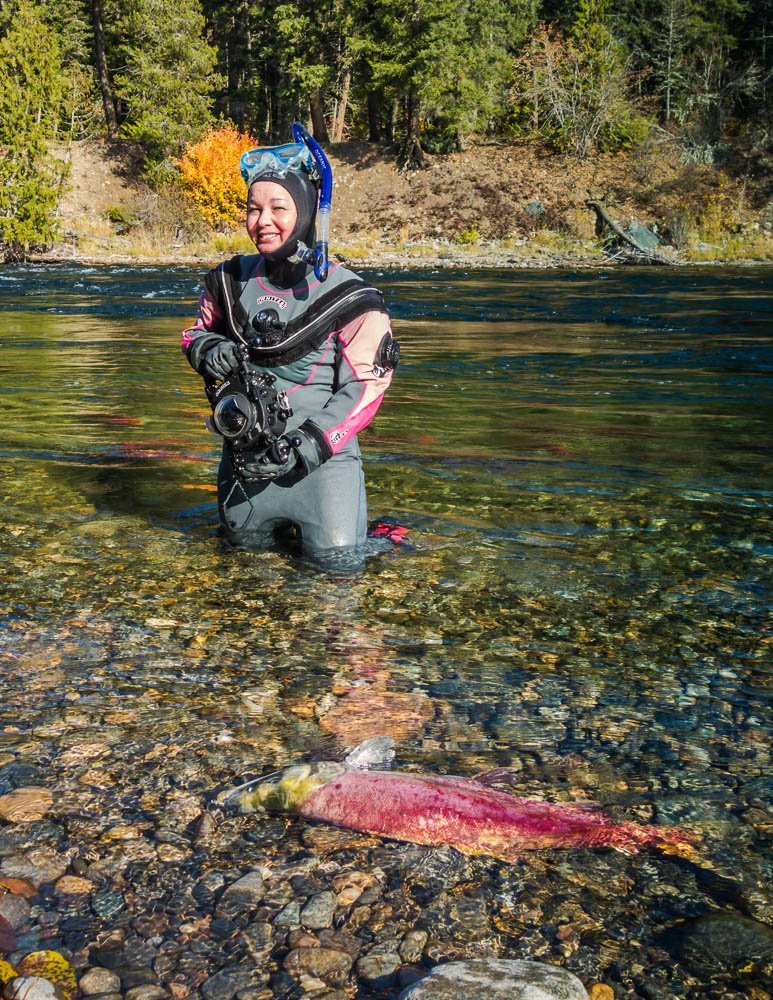 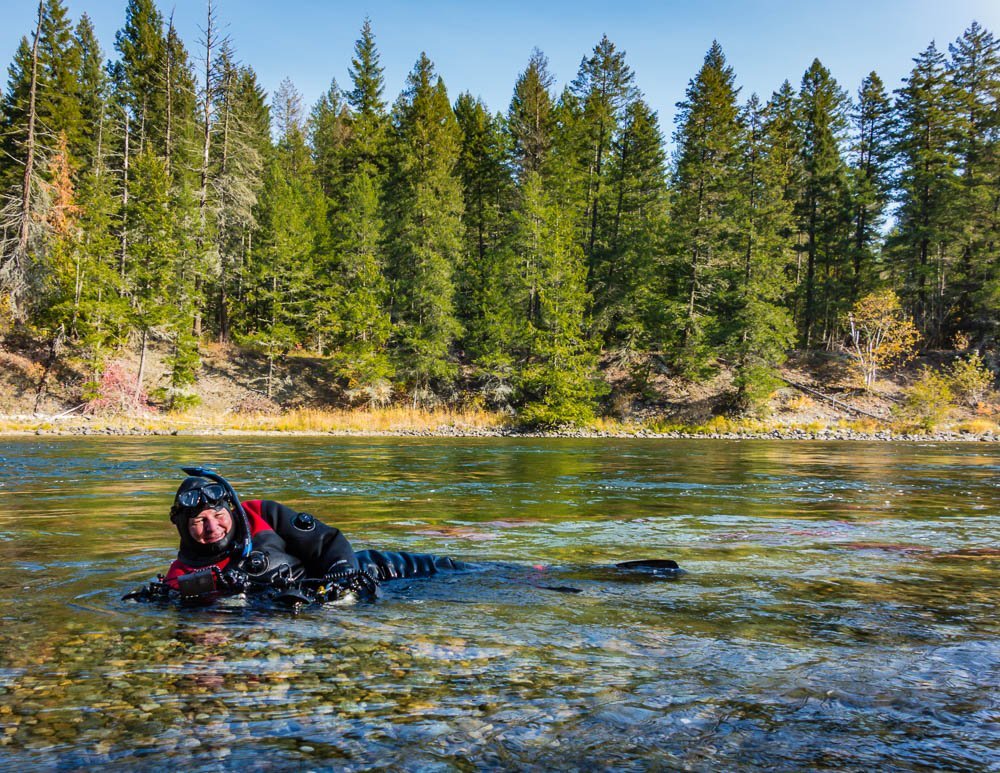 Jett served as principal underwater photographer on this research expedition whose objective was to conduct research on the particular rhythms and patterns of whale songs in Tahiti’s southern population of Humpback Whales. Ocean Defender – Hawaii has been researching Humpback Whale song patterns in Hawaii to determine why whales sing and how our experience of human music can provide clues. The Tahiti Humpback Whale expeditions in an extension of the research being done in Hawaii to investigate where the two systems of sounds overlap, and where each is unique. Jett is scheduled to return again during whale season in September 2016 to continue this work. 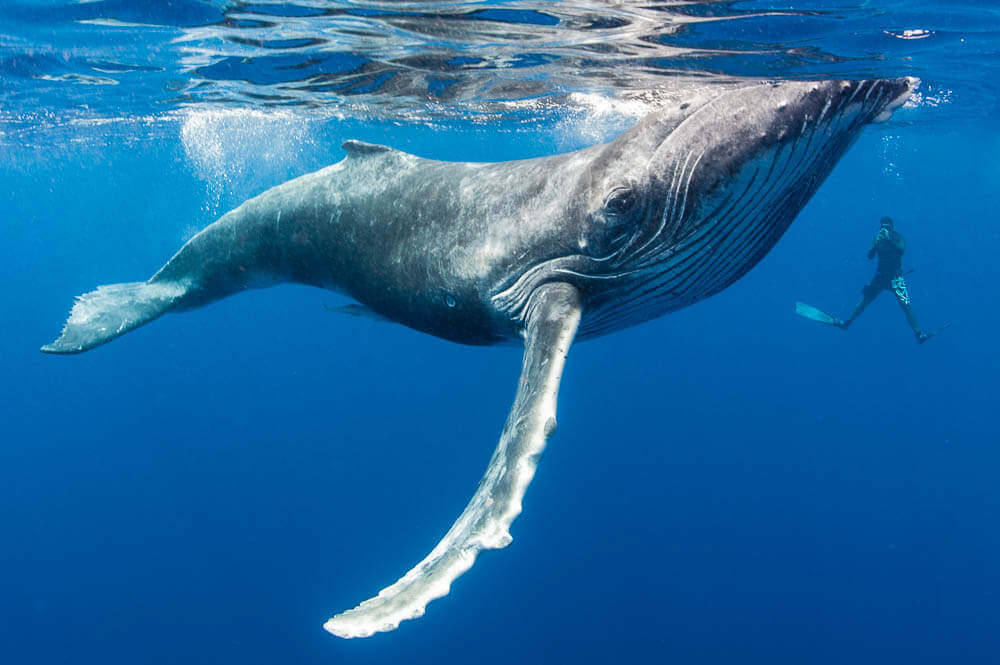 In Tahiti, this research was conducted from aboard the modern Polynesian sailing canoe, Fa’faete. This vessel is 65 feet-long and was a part of a Polynesian fleet of canoes built to travel across the world spreading ocean awareness and conservation. Ocean Defender’s research team were the first non society members who were allowed to overnight on the canoe. While onboard, we worked side by side with Fa’faete’s crewmembers and learned how to steer the canoe in open seas using only celestial navigation as we searched for whales between the islands of Pa’paete, Mo’orea and Tetiaroa. During our week onboard, we became fully immersed in Tahitian culture and also visited archeological sites on Tetiaroa and also those found in Pa’paete’s Valley of Papenoo.

“Another incredible human being full of ALOHA, compassion and understanding.” 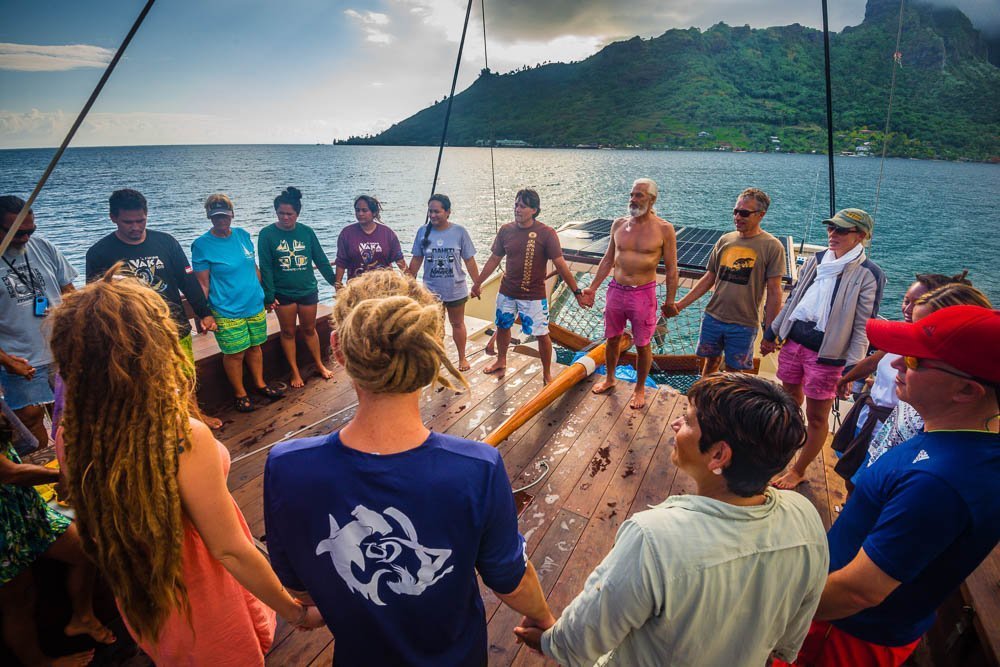 
The following are links to organizations we feel are truly making a difference towards educating the masses about the ocean and its marine life, global warming and loss of culture.

The 2014-2018 SEDNA Epic Expedition, through cross-cultural dialogue and educational outreach, the 2014-2018 Sedna Epic Expedition will record on-the-ground climate change observations of Inuit and Inuvialuit Elders. Providing educational and life role models, Team Sedna will reach out to Inuit and Inuvialuit women and girls, empowering them to build resilient communities to combat the impacts of climate change.

Immersing itself (pun intended) in the issue of disappearing sea ice, Team Sedna will translate its findings into educational and awareness programs on climate change and disappearing sea ice. The Expedition will serve as a call-to-action for citizens of the world, including youth, providing aboriginal and scientific knowledge to inform governments of the world on implementing science-based policies to mitigate global warming. The Expedition will also serve to inspire women and girls to think “big,” and to follow their dreams, no matter how crazy they may appear…