“It is clear that with your background, experience, and interests, you would be an ideal candidate for Fellowship.”

On November 16th, 2017, I was elected a Fellow of The Royal Canadian Geographical Society (RCGS). The RCGS College of Fellows includes many of Canada’s eminent explorers, astronauts, writers, geographers, scientists, artists, anthropologists, soldiers, business leaders, historians, educators and even some former Prime Ministers. RCGS Fellows are deemed to have distinguished themselves by directly contributing to scientific knowledge in the field of geography, geographical exploration or allied sciences (i.e., archaeology, atmospheric sciences, marine biology, zoology, etc.). Such accomplishments are evidenced by published books, scientific publications or major mainstream media coverage documenting fieldwork, or exploration. In the Society’s own words:

“Making Canada Better Known To Canadians And The World.”

“Fellowship in the College has, since its inception in 1929, represented the very best of Canada, including distinguished individuals from many different fields, united in their commitment to the Society’s mission to celebrate the country, its geography and peoples.” 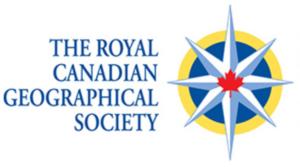 I’m deeply hon­oured and look forward to making significant contributions to Canada’s centre for Geography and Exploration, The Royal Canadian Geographical Society, for many years to come.