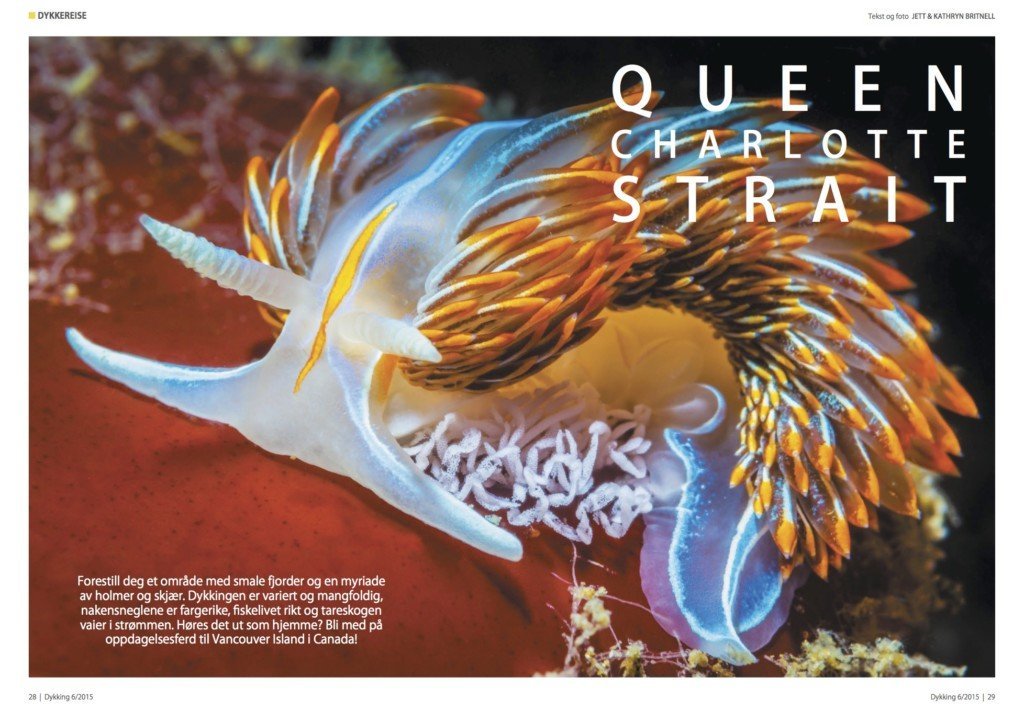 QUEEN CHARLOTTE STRAIT IN THE SPOTLIGHT

We’ve been published in Norway’s DYKKING magazine! It happened a few months ago but we are still playing catch up from a few recent adventures. DYKKING (which means Diving) is a Norwegian sport-diving magazine and Norway’s only dive magazine (published since 1983) with six issues a year. Thank you!, Christian Skauge, for translating and publishing the work of a couple who do not speak a word in Norwegian… yet! 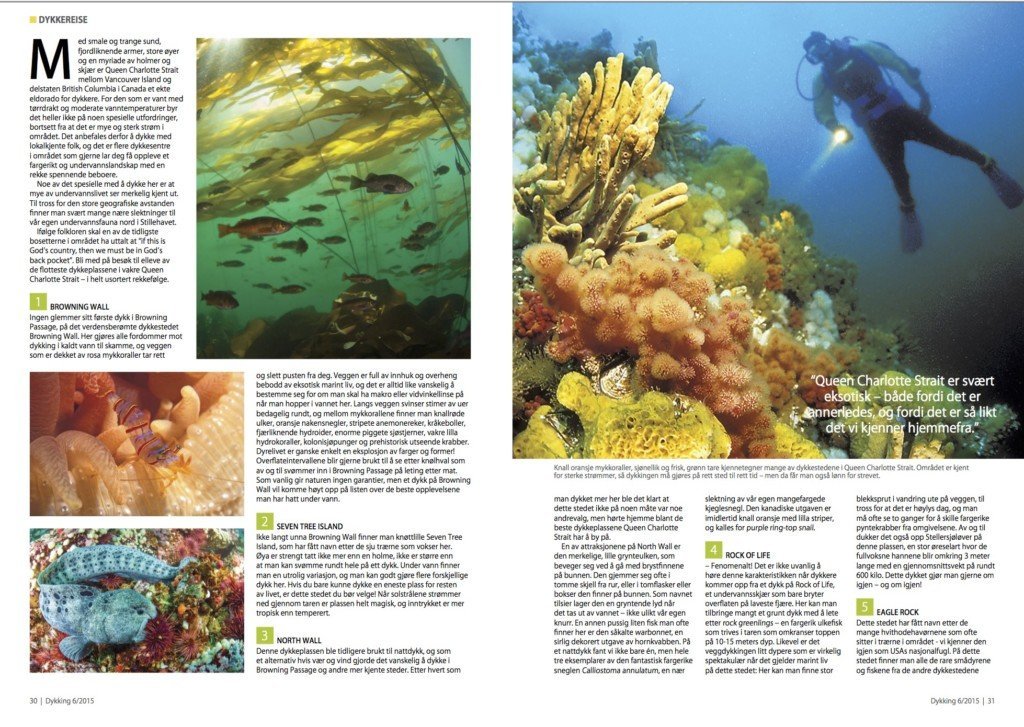 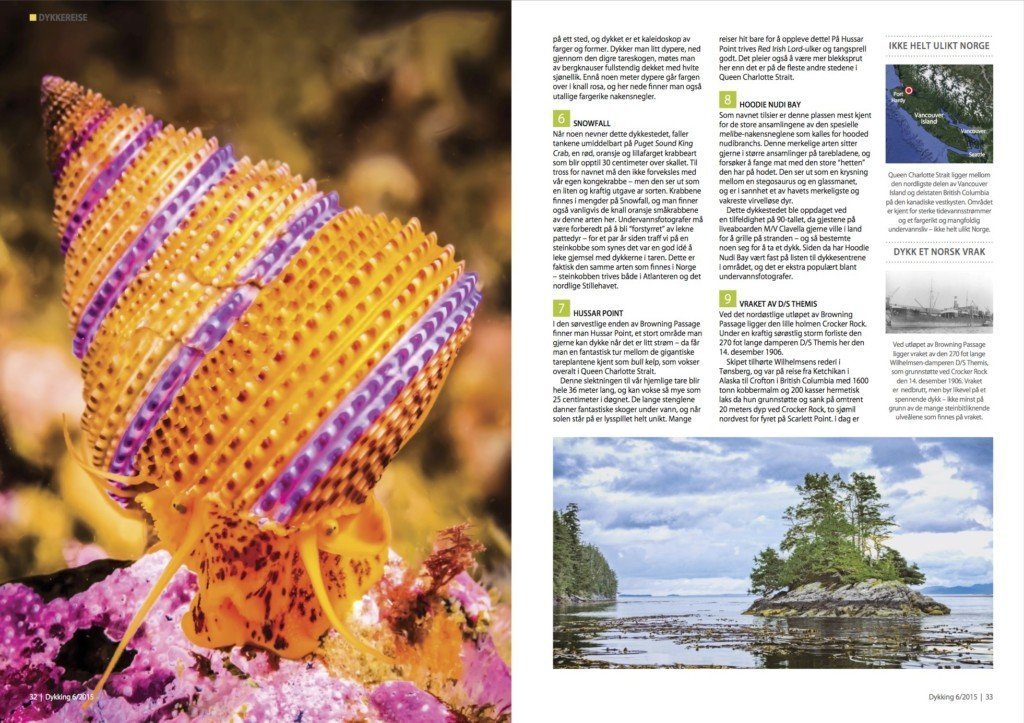 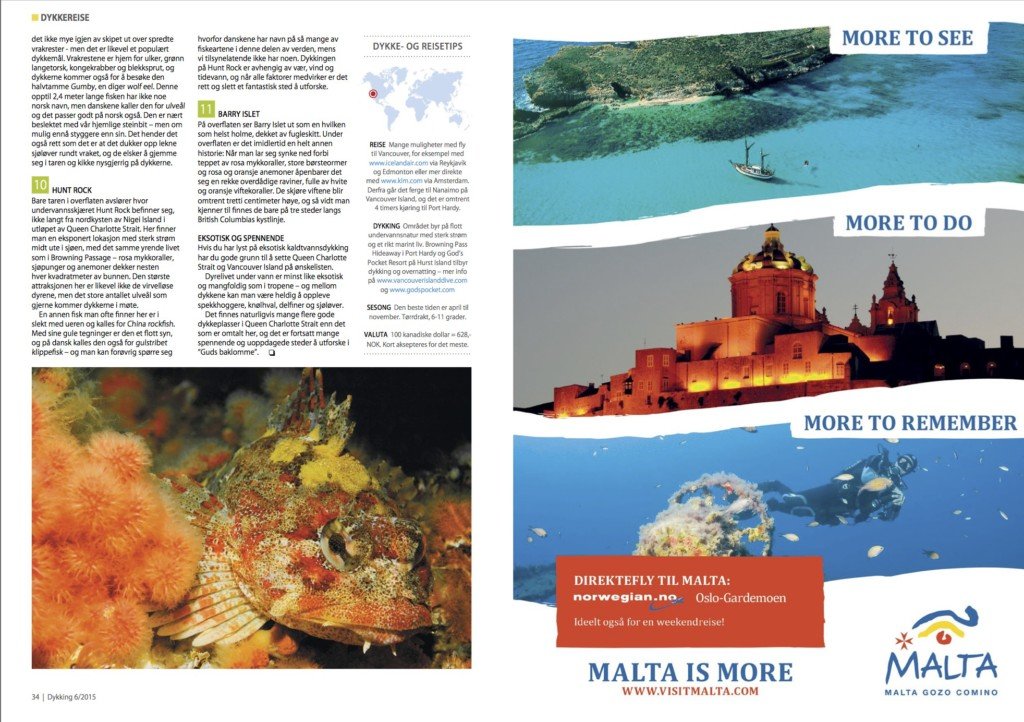 “Let us step into the night and pursue that flighty temptress, adventure.” ~ J.K. Rowling

Ultimately, the long-term survival of Oceanic Whitetip sharks may depend upon organized recreational offshore sport diving or snorkeling offshore at places such as Cat Island, in the Bahamas. Seeing these truly magnificent sharks in their own domain changes perceptions. After having experienced an up close and personal open ocean encounter with these sharks, people come away with an entirely different point of view. They fall in love with these apex predators and their choirs of voices are demanding worldwide protection for these sharks. Above all, Oceanic whitetips belong in the ocean ecosystem circling the globe somewhere offshore with their long hands waving free, in that sharky realm where twilight turns from amethyst to deep and deeper blue. 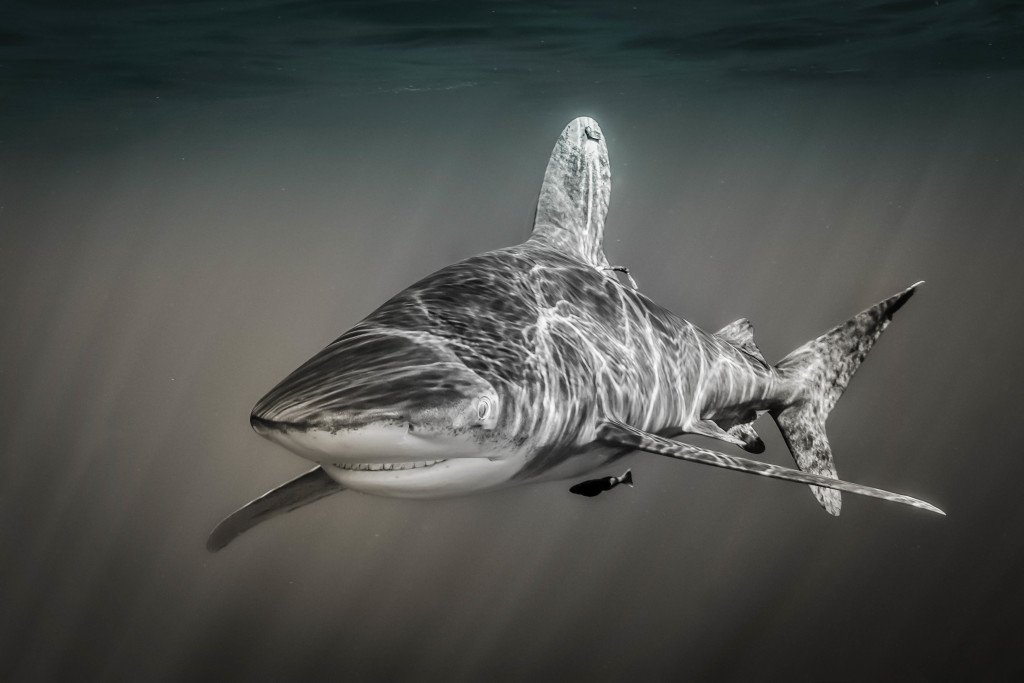 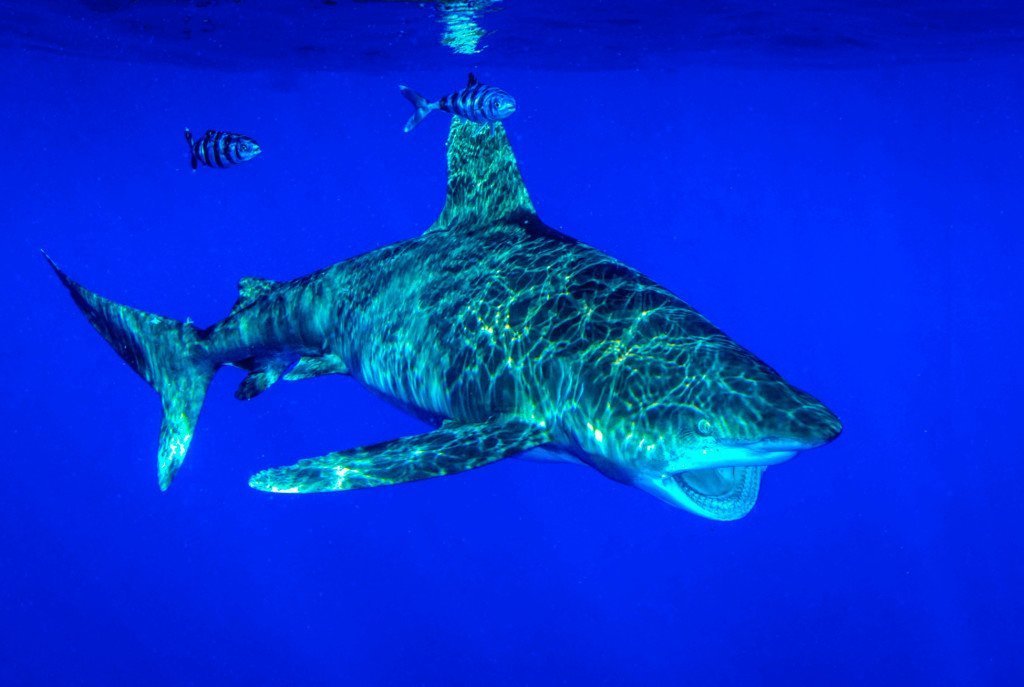 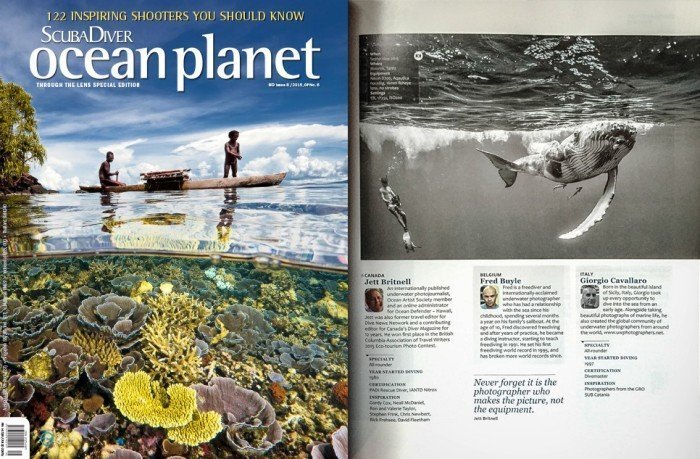 “Never forget it is the photographer who makes the picture, not the equipment.” ~ Jett Britell

We were very pleased to be recently nominated as being one of “122 Inspiring Shooters You Should Know.” Scuba Diver Ocean Planet magazine recently published a selection of 122 inspiring underwater shooters from around the world. My image of a Humpback whale I photographed while snorkeling several miles offshore in Tahiti was the image the magazine chose to publish. While we are happy our work is being mentioned amongst so many amazing underwater photographers, I’d be the first to say that there are many talented underwater photographers I know whose names are not on this list. After all, it’s a great big world and talent is never limited to a select few. 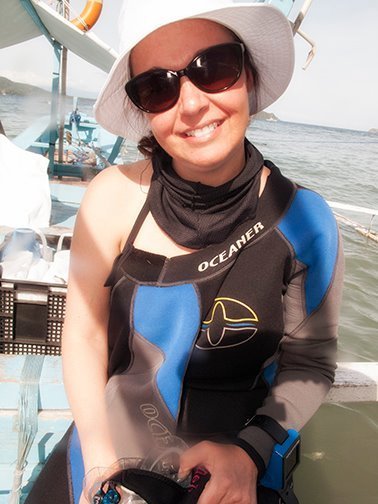 We just returned home today from a 19 day diving adventure in the Philippines. In the coming weeks, I will post some underwater images we took while diving with the Turtle Bay Resort in Cebu, The whale sharks at Oslob, and some images we gathered while diving with Solana Dive Resort at Anilao. 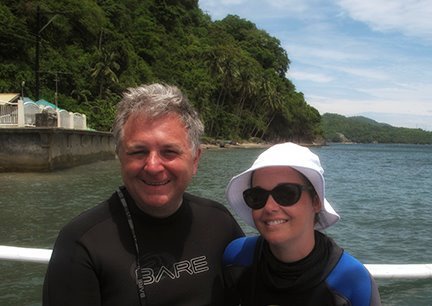 Not only an awesome wife, but Kathryn also proved herself to be a highly competent, low maintenance, underwater model / diver and budding underwater photographer. Thanks, baby! Life with you is amaze-balls!!